Logos play a pivotal role in the overall establishment of the brand identity of any business, as they leave a significant impression on consumers’ mind. Even some consumers to come up with a perception of the company just by viewing its trademark. This makes it a necessary branding investment, pressing businesses to get them created professionally.

In fact, they are the visual impression of companies’ brand. An alluring trademark can bewitch consumers, thus making an unforgettable memory.

Imprinted on your company’s website or on your products, it’s the symbol of your entire brand identity that talks to your consumers directly. That’s why businesses around the globe have been working continuously towards the betterment of their trademarks, and have kept them changing time to time as per the trends.

Below are some of the world’s most reputed brands’ logos. Take a look at these famous logos, and see how they were in their beginning and how they have changed today.

The world’s most popular Web search engine, with one of the most famous logos out there, has now a newly customized trademark with sans-serif typeface. The current one has been around since 2015 that resembles the one of its parent company Alphabet Inc.

The bitten apple is one of the most eminent logos today in the world of computer and mobile. It was launched in 2007. The first one of Apple Inc. was a depiction of Newton’s discoveries on gravity in which he was sitting under an apple tree. It also included a quote from William Wordsworth.

The flagship TV property of Discovery Inc., Discovery Channel, has changed its current logo in 2009. However, it kept the same words (after removing “the”) but made them thinner, smaller, and in color.

The trademark of the world’s most popular beverage brand has gone through a series of changes right from its inception in 1886. While the first one was in simple text, the current is in stylish Spencerian script font in white on red background.

The popular multinational automaker had its headquarter name Detroit in the first trademark. The current one has been around since 2003. The company has used blue color in the logo ON and OFF since 1972.

The Finnish telecommunication, IT, and electronic major had a fish in a ring in its first logo but now has changed to a simpler look having company’s name in blue font. 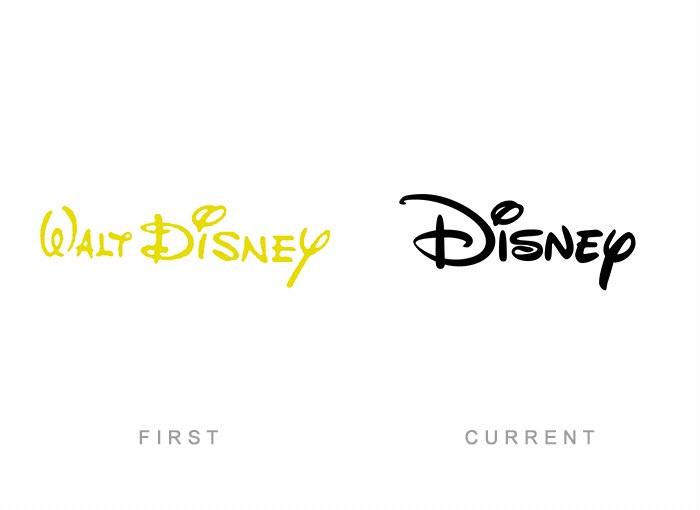 Around a century old Walt Disney Company is unquestionably the world’s most reputed producer and provider of entertainment and information. The current logo of the company includes the surname of the founder in the style he signed his name.

Europe’s largest manufacturer of sportswear has dramatically changed its logo over the years. 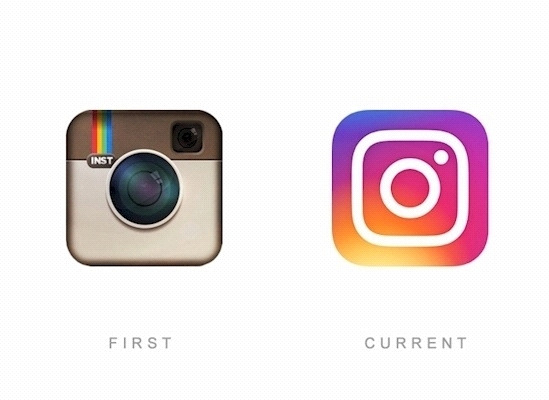 The logo of Facebook-owned photo and video-sharing social networking site is more colorful and has been around since 2010. 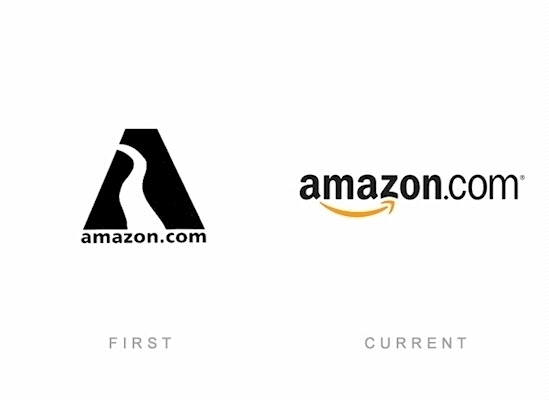 The e-commerce and cloud computing company had used its first logo only for three years. The current trademark has a yellow arrow strategically placed from A to Z which states that it carries everything. 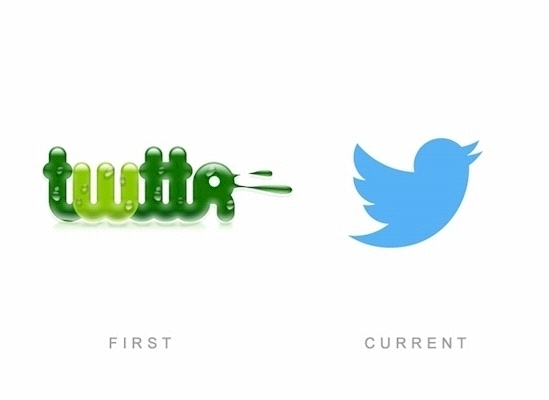 The social messaging site had not a pretty bird in its logo in the beginning. The current trademark is an abstract of a mountain bluebird. 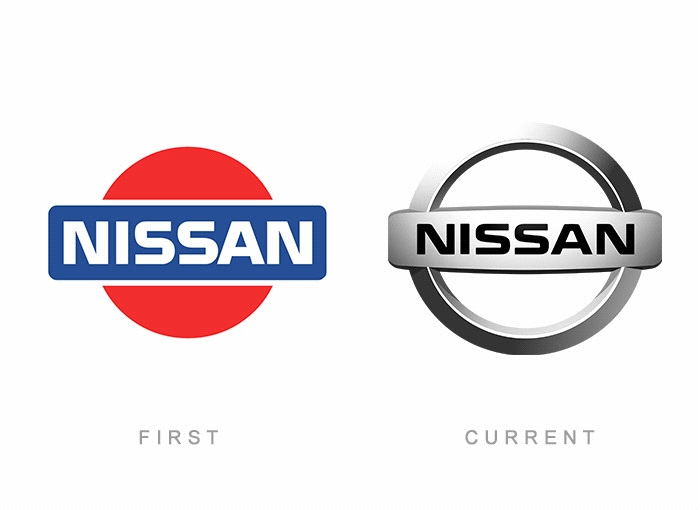 Along with its name, the Company has changed its logo over the years. 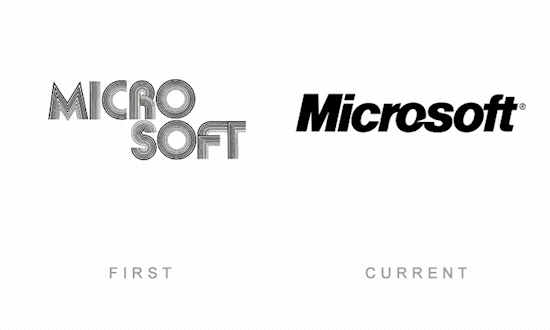 The logo of the US-based multinational technology giant has not changed much since it was launched in 1987. The current trademark is in italic style having an arrow strategically placed between O and S that represents motion and speed.

The current trademark of the popular beverage company has been around since 2014 and is more popular than its original logo launched in 1898. 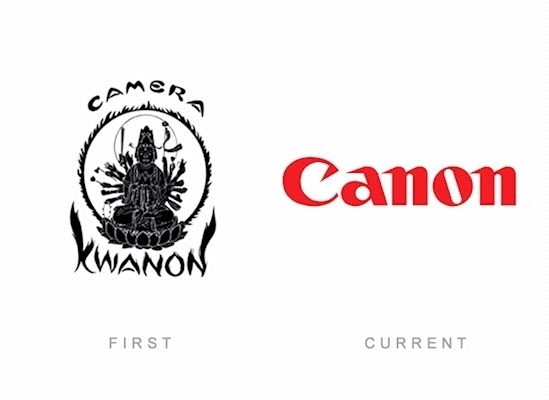 The Japanese multinational company is involved in manufacturing imaging and optical products. The company has been using its current logo since 1956 but has completely changed from its original trademark which was more complex. 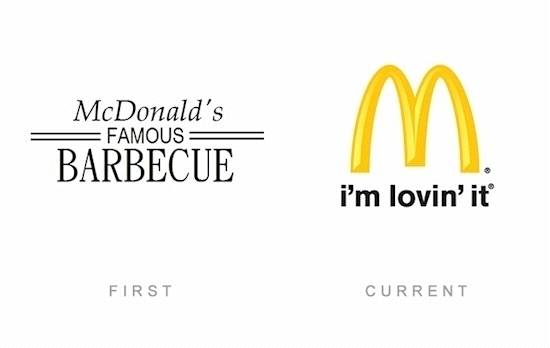 McDonald’s is an American popular fast food company, established in 1940. The current one that consists of a golden arch and slogan ” I’m lovin’ it” was launched in the year 2003.

The first log of the telecom major was designed when the company was founded by Alexander Graham Bell. The original one was more complicated with the image of a bell in the circle. While the current is modified with a 3D effect wherein the sphere representing the entire world. 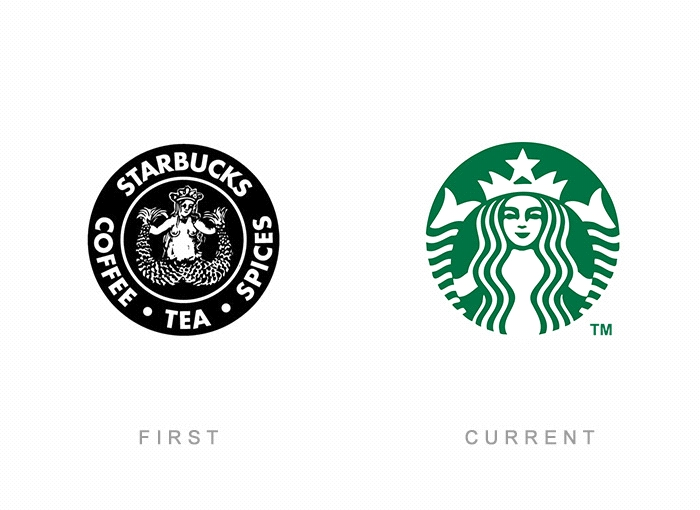 Founded in 1917, Starbucks Corp. is an US-based coffee manufacturer and coffeehouse chain. The original logo has a double-tailed mermaid that references to an Italian medieval character Starbucks.

Developed by Mozilla, Firefox is an open-source free web browser. Both of its logos resemble the Pokemon world. 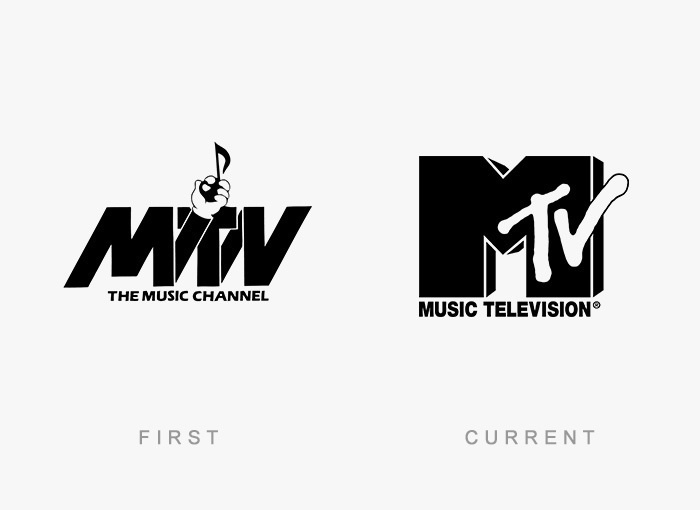 The original logo of the American cable and satellite television channel was switched before the channel was officially launched in 1981.

Founded by Colonel Harland Sanders, KFC is an American fast food restaurant chain. Although the trademark of the company has changed in its history of around 70 years, the colonel is still there.

FedEx Corporation is an American company involves in providing courier services. The current trademark has been around for a decade now. 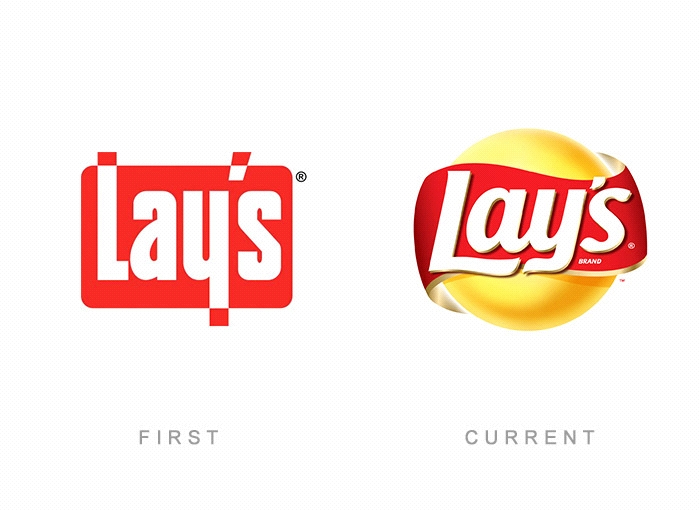 The popular potato chips company has changed its logo completely from its original in 1965. The current trademark is being used since 2007.

The original trademark of the Burger King had a cartoonish king. Now, it has changed to a more attractive trademark and has been around since 1999.

Snapchat – a messaging app – has kept its basic theme with a ghost that represents the “there, then gone” nature of its photo-sharing service. However, the original trademark had tongue visible and the yellow background colour was little lighter.

Popularly known as Shell, Royal Dutch Shell plc is a British-Dutch multinational oil and gas company. The current trademark of the company is the same as the original in 1971 without its name on it. 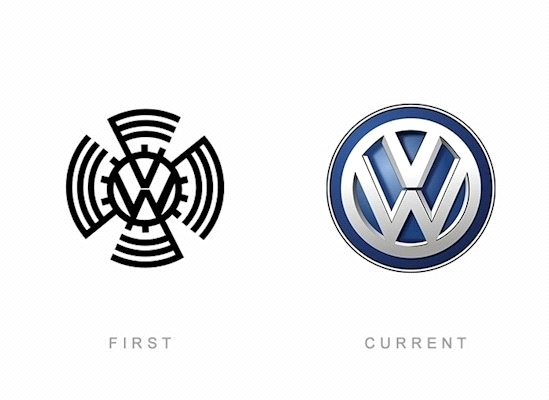 The original logo of the German automaker had its initials strategically placed in the center with the swastika wings added on the outside. The latest log of the company was launched in 2012 with a simple representation of company’s initials. While the word “Volks” is a German word which stands for people, and the word “Wagen” represents a car. 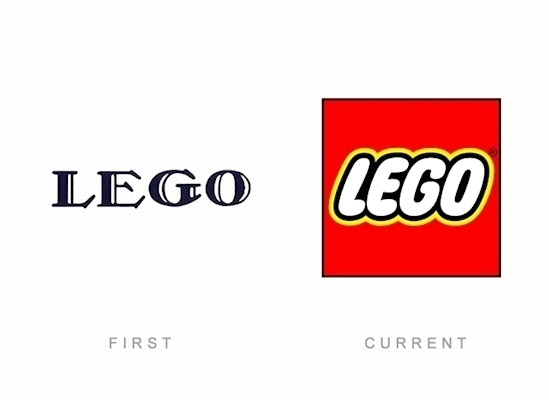 Lego is a Danish toys maker, specialized in interlocking plastic bricks. The latest trademark of the company is more dynamic and playful which has been around since 1998.

Involved in foods and drinks business, Nestle is a Swiss company. It greatly evolved over the years from a coat of arm to birds in a nest. 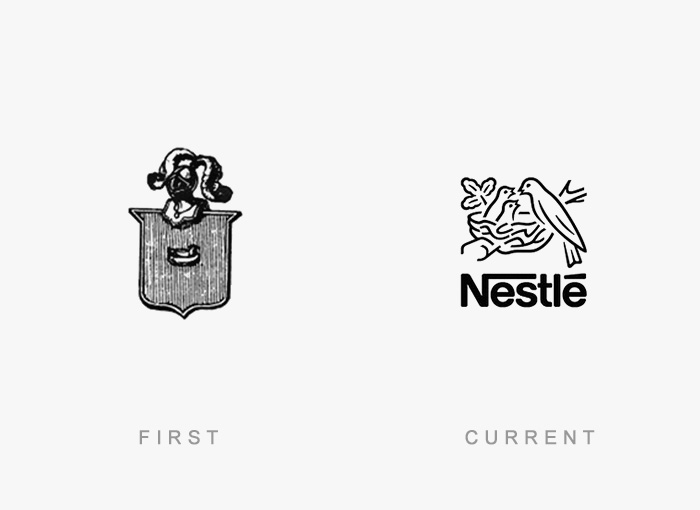 Involved in foods and drinks business, Nestle is a Swiss company. Its trademark greatly evolved over the years from a coat of arm to birds in a nest.

General Electric, popularly called as GE, is an American multinational conglomerate. Over the years, its logo has evolved from black simple black to soothing blue colored base with white font.

These are stories of some of the famous trademarks. You can see how are they switching with the time and taste of the people, and how companies are mulling to get newer, alluring, and eye-catching logos. They make an investment in logos and get them designed professionally.