Unfortunately for anyone who does business online or browses websites, DDoS attacks are becoming an increasingly large threat.

Whether large or small in intensity, these attacks can harm any business. No site or server is completely safe but there are a few basic steps you can take to better protect your online property from a DDoS attack and reduce the chances of becoming a victim.

What is a DDoS Attack?

A distributed denial of service (DDoS) attack is one that is aimed specifically at your site’s server/web host. The main characteristic of such an attack is a flood of fake web traffic that hits your server simultaneously. The goal is to overwhelm the server to the point where it is forced to shut down, thus taking your site offline in the process.

With this in mind, it is more important than ever for website owners and administrators to take protective measures against DDoS attacks.

DDoS Protection for Your Server

The good news is that most web hosts these days offer some form of DDoS protection. This protection can generally be purchased as an add-on to an existing dedicated hosting plan, though some hosting companies are even beginning to offer free standard protection for smaller attacks.

How does DDoS protection work, anyway? The main type of protection offered against these attacks operates pretty simply.

Specifically, DDoS protection operates by “screening” traffic in real-time as it reaches the server. This allows legitimate web traffic to continue onto the site without delay while stopping illegitimate traffic in its tracks.

The end result is that regular site users are able to experience and browse the site without issue while the server is not bogged down by the DDoS attack’s fake traffic.

How Much Protection Do You Need?

Every site these days should have at least some level of DDoS protection in place, especially when you consider just how common these attacks are becoming. Still, with such a wide range of protection available, it can be difficult to know exactly how much your site needs.

Generally, the larger your site and the more traffic you have coming through on a daily basis, the higher the level of protection you’ll need against larger attacks. If you have a smaller site with minimal traffic, it’s unlikely that you’ll be hit by a 300-gigabit DDoS attack — but there is no way of guaranteeing this, unfortunately.

It’s typically best to play it safe and purchase as much DDoS protection as you can afford through your hosting company.

This protection usually isn’t very expensive, and it can give you much-needed peace of mind. At the very least, you should find a hosting company that will offer free protection against smaller DDoS attacks. 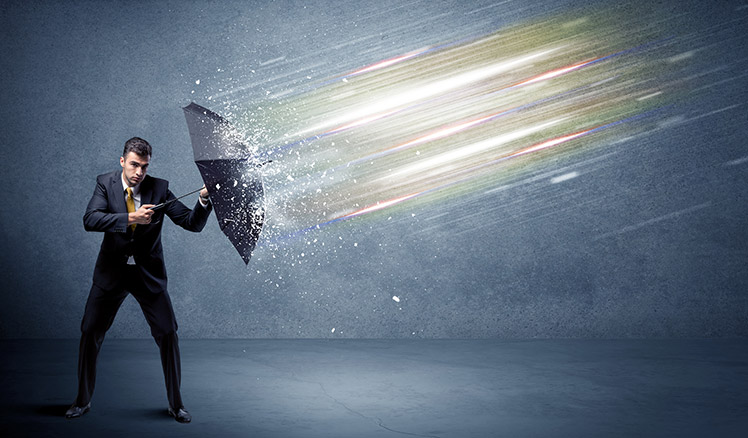 By being aware of some of the common signs of a DDoS attack and taking measures to protect your site through your hosting company, you can avoid downtime and other issues related to a DDoS attack.

At the same time, you can continue to provide your site visitors with the seamless experience they’ve come to expect!