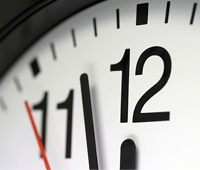 At first glance there doesn’t seem to be anything incredibly special about the logos we recognize most readily. So what then do companies such as Fed-Ex, GM, Nike, and Ebay know about us that makes us so attracted to their simple logos? For one thing, they recognize the power of human nature and the way we humans perceive, retain, and identify with images to create lasing impressions in our imaginations and habits.

We are simple-minded people.

I see a Starbucks logo. My brain gets the message: I want coffee. I see the PBS logo. I feel smart! I see the facebook logo. I have friends. For logos to become as powerful as synapses in our brains like these have, they must be simple enough to be quickly recognized as a vehicle to the products or services they represent. The logo does not need to be literal. For example, the facebook logo gives no indication of its meaning. On the other hand, a logo can be as simple as a literal picture. Think of the profile of a train for a toy store. Or consider a company’s name standing on its own as a logo – Microsoft, for example. Simplicity is truly the most compelling aspect of logo design, and the following aspects all harken back to this essential concept. 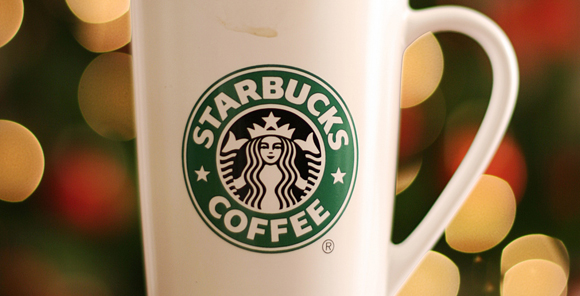 We have short attention spans.

The intended message must be conveyed quickly, so a logo should be relevant, appropriate, and repeated. For example, the train logo from above is recognizable not only by adults, but even by children who cannot read. And it’s the children the business really serves. Its design is highly appropriate for its intended audience. Kids are also able to identify McDonald’s ads before they can read. The golden arches are easy to recognize, they evoke a happy image, they look like an M, and they are plastered everywhere. It makes a relevant impression, it’s easy to identify, and it’s repeated so there’s no way we could ever forget it. Logos should be on businesses’ websites, business cards, storefronts, advertisements, letterhead – as many places as possible so that over time it becomes a quick way people can recognize the business. 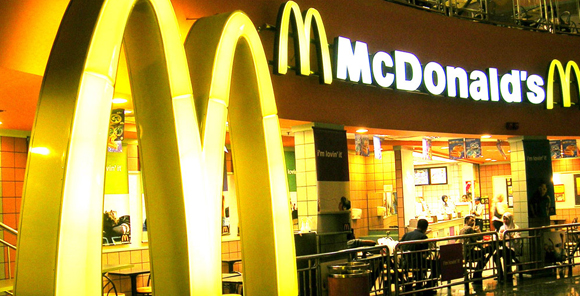 Special effects such as reflections, shadows, and multiple images in logos can be off-putting and make us look too hard to be sure we understand. Not only do we have short attention spans as mentioned above, we also have tight schedules that don’t allow for logo interpretation. If it’s too much work, we’ll skip it. It’s a tough balance, for sure, but the design must be original without being too taxing on us in its effort to stand out from the crowd. The NBC peacock logo passes the test of being original without over-doing it. It’s an unusual bird so it’s easily recognizable from the crowd. It’s engaging enough that we never even wonder why a peacock is supposed to represent a television network. We don’t question it because it intrigues us without taxing us. Its identical feathers and simplistic body are easily reproduced in any size and in any color as well as in its signature palette. It doesn’t depend on special effects, intricate details, words, fonts, or multiple shapes. 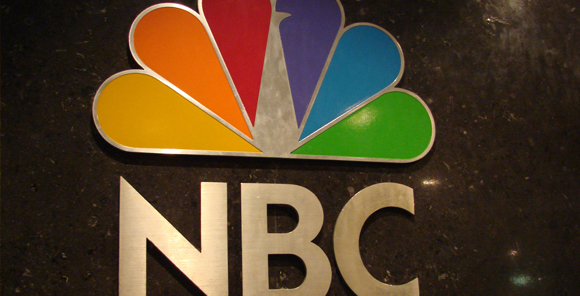 We are creatures of habit.

We like things that are familiar, and yet we can be swayed by something that taps into that nostalgic part of us while taking it in a new direction. So how to harness the love for Mom’s crusty apple pie while adding a new twist? When thinking about a logo, you may want to start with something familiar about the business that consumers can relate to fondly and then give it an unexpected angle. To take the apple theme one step farther, consider the Apple logo. It’s just a regular old apple but it has a little bite out of it. People all over the world recognize this apple. And they want it. Logo design can take something old and familiar and make it new without a complete overhaul – all it needs is a little bite. 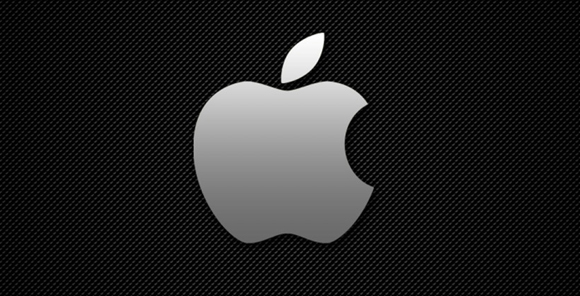 We want the best.

We can’t help it. We want the best players for our fantasy football teams. We want the best-looking suit, the best phone, the best meal. A sloppy, free-hand, or clip-art logo will never send the message that a business is the best in its field. There’s a new restaurant near my office that has a hand-painted sign. There’s no apparent aesthetic or artistic advantage to this homemade sign. The restaurant is somewhat formal. It makes me think the owner is either cheap or can’t afford a professional sign. I don’t go there. Like a sign, a logo is not the place to skimp on cost or make a decision lightly. A logo is a business’s image out in the world, and it must project professionalism and excellence in every instance so that the lasting impression it makes is the right one.